I would like to share a GetInfra.WebApi.Abstractions library I'm using in my recent projects. The bits can be found on Github or Nuget package

As havily working on Web API developement I've extracted several accpects in order not to repeat them in each project. In my case, having standard responses among dozens of microservices significally speed up a front-end developement. Maybe can be found useful for your projects as well.

The library includes abstractions for the following:

Validation is vital part of Web API development, and I as a developer would like to have a flexability to inject custom validators by just implementing ValidatorBase<T>.

Front-end developers always complian about the responses, especially when it comes to POST, PUT and DELETE methods, To make it universal I came to following base response class:

isValid - indicates if there are validation errors.

succeeded - indicates if there are runtime errors. by runtime I mean some try...catch handled exeptions.

Id or newId - depending on implementation, the id property associated with the record.

There are several variations for the response:

Another aspect the libarary is dealing with is list responses, which requires pagination and aggregation.

In next posts I will talk about how to create a custom validator, how to use custom regular expressions for your validators and how to form detailed response.

Meet Konso. It's developed as a solution for this challenge and can help with saving development effort for your team up to 30%. 🎯🎉

The key functions are:


You can start collecting you project's logs in 5 minutes. 🕐💪

To Learn more about logging tool, book a free demo.
To get started for free, Create your free account now 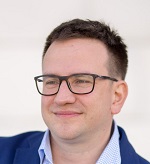